A cupcake a day... - The Turtle Mat Blog - For news, features and competitions! The Turtle Mat Blog – For news, features and competitions!
Turtle Mat
My AccountContact Us0345 600 3478
Search
Basket Empty0
We love happy customers Read our excellent reviews
5 year Guarantee On Turtle Mats
Free UK Delivery On orders over £75
The Turtle Mat Difference Engineered to trap more dirt
Turtle Mat https://www.kleen-tex.eu/group/ The Turtle Mat Company was founded in 1994 when James Turtle discovered the ultimate doormat in his search to protect his customers floors from the damage caused by walked-in dirt and moisture to floors and carpets. Turtle Mat proudly joined the Kleen-Tex family in late 2016, a perfect pairing with a shared mission to provide tried, trusted and innovative products to our customers and with a focus on excellent customer service. https://www.turtlemat.co.uk/img/TM_logo.png +443456003478 https://www.turtlemat.co.uk/pages/blog_template.aspx Facebook Instagram YouTube Pinterest

A cupcake a day… 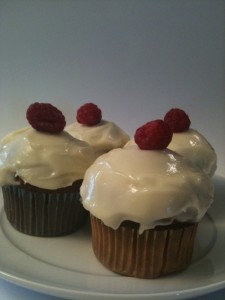 …May not keep the doctor away but definitely keeps a smile on our faces here at “Turtle Towers”.

With Jubilee street parties fast approaching, we’ve been baking up a storm trying to find the perfect sweet treat with which to celebrate. The first of these delights is a cupcake recipe!

As always, we would love to hear from you whether it be with recipes, pics of kitchen successes (or disasters), stories of how your Turtle Mats help catch culinary spills (they definitely helped when road-testing this recipe) or any other foodie thoughts.

So without further ado, here’s the scrumptious cupcake recipe.

A rich, moist and unashamedly decadent American classic! The red colour of these cakes originally came from unrefined cocoa powder but today is often made with red food colouring. However, here at Turtle Mat we like to keep things as natural as possible so have improvised with raspberry juice – the cakes now take on a slight pink hue instead!

** For the reduced raspberry juice

A generous handful of raspberries (about 20)

A “splash“ of water

300g cream cheese (we used half fat, futilely trying to keep the calories in check)